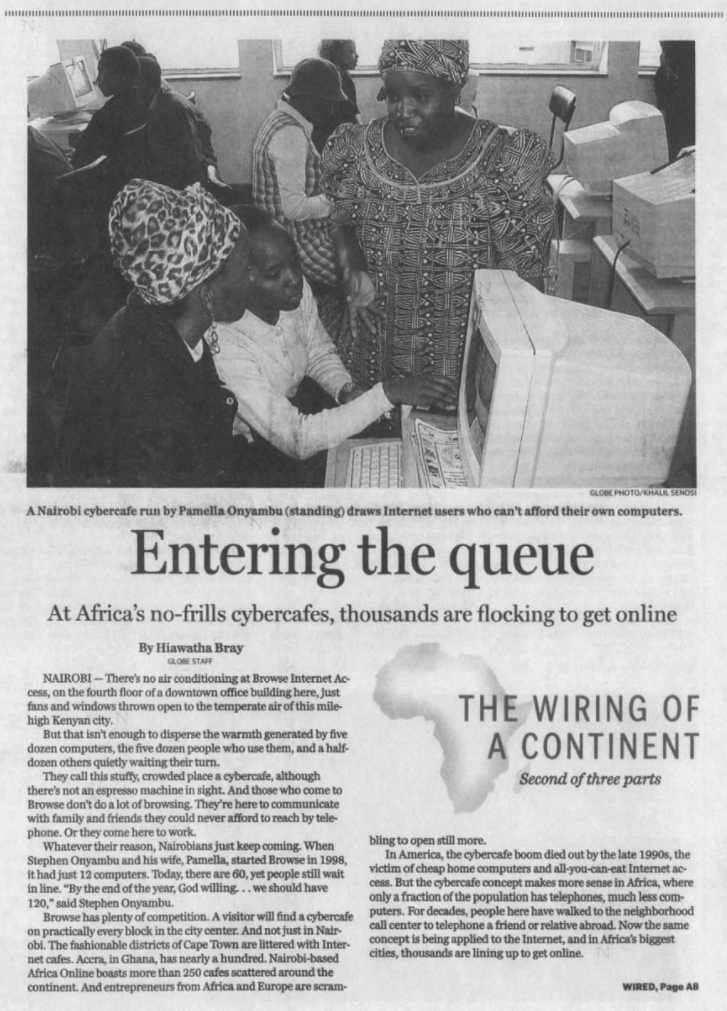 Davies originally planned a philanthropic venture to provide better communications ... but as he considered the failures of other misbegotten African aid programs, Davies had a change of heart... [BOSTON GLOBE]